Note: I’m sorry the writeup is a bit messy, I couldn’t find the time to write it properly, if you have any question please contact me, have fun :D I will update it whenever I find some free time.

Setting up the environnement

I used BOCHS with IDA to run and debug the DOS system, to do that, you have to open IDA and choose BOCHS as debugger, then open this configuration file:

The files of the system: 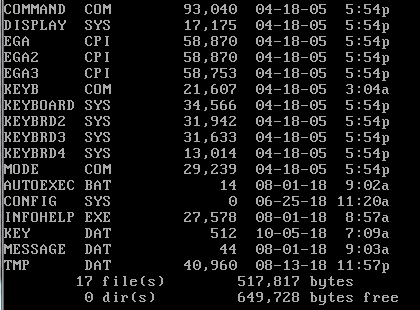 I first noticed some helpful stuff, as you can see in this screenshot, key.data contains the previous input

Also when reading message.data the same program that checks the password gets executed, this can hint that a certain syscall is hooked

cool, now to the real stuff, let’s use our debugger !

First we need to put a breakpoint in 0x7c00, and start exploring the assembly code, briefly those are the most important part to know 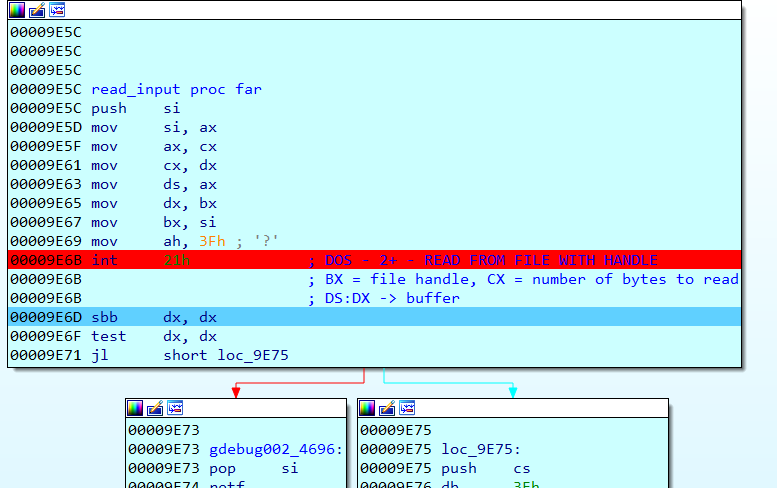 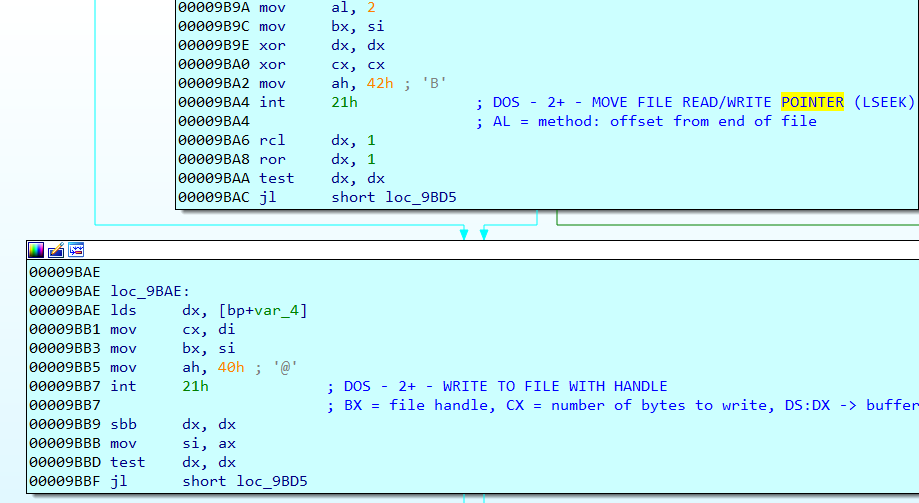 After some assembly instructions, I noticed that it copies input to a certain memory with unicode format 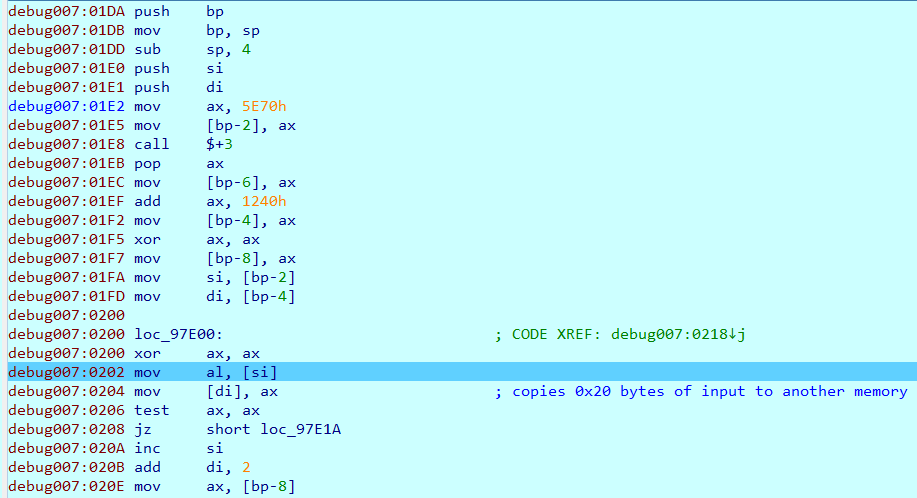 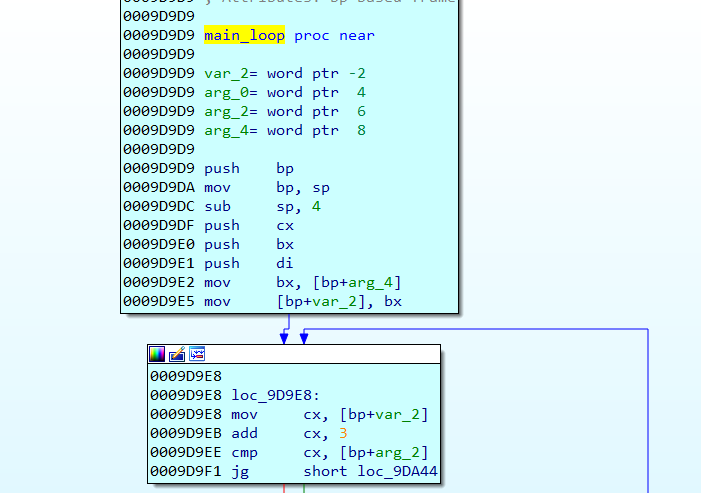 overview of the engine: 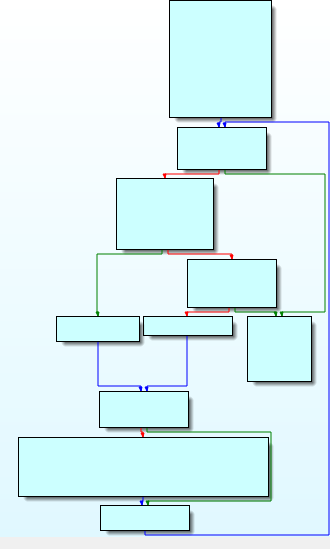 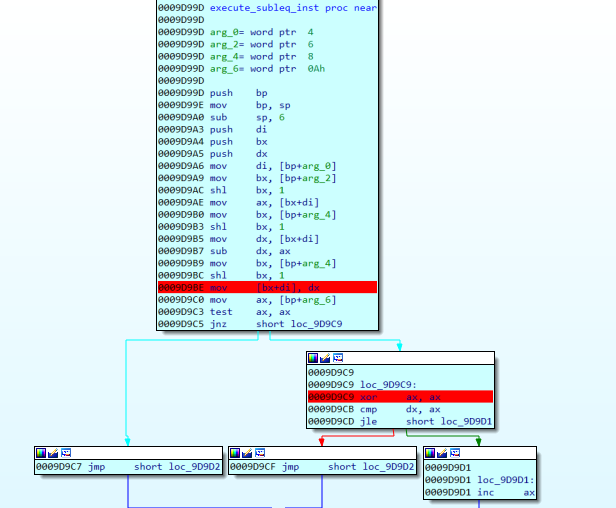 From the assembly code we can deduce that this is subleq VM.

To get a better control of the execution flow, I ported the assembly code to C code you can find the emulator in my github subleq emulator

Running the C program generates 150 millions subleq instructions, for this type of situation we can trace the instruction pointer of the virtual machine and draw a graph out of it

Looking at the graph and with some past experience, we can suppose that subleq is actually emulating another virtual machine, let’s see the graph in more detail

As you can see the graph is constant, it always jump to the same addresses, our next goal is to figure our 2 things

looking through the subleqs translated to a higher level language and with the help of the graph, we can notice an interesting part

We can assume that the address [010f] contains the base address of the second vm which is {07f6}, looking a bit deeper we can notice other stuff like:

Knowing that, we can focus on first the iterations to determine the type of the second VM.

First I compared the differences between each iteration to help me understand the flow. After that I enumerated everything that is happening in a single iteration then concluded that the second VM is actually using RSSB

to explain this with more details, I will take the second iteration as an example:

as you can see here, it does the following:

Next, I dumped the data starting from the base address of the second vm (07f6), and wrote a RSSB emulator to check either my supposition was correct or not, fortunately it was ! Here is my C code to emulate it rssb emulator

Our next goal is to figure out how the input is checked, but first an overview about what is happening is crucial so I made another graph

With this we can divided our research in 3 parts according to the graph, each part is a loop with multiple iterations 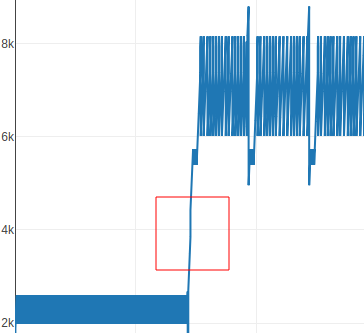 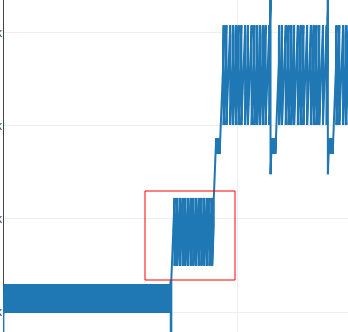 Checking the RSSB instructions reveals that the supposition was correct to summarize it, it go through the input and check if @ is present, if it does, it jumps to PART1

This part is always present before PART 2, after reading its instructions I was able to come up with this expression: input[i]-0x20 + ((input[i+1]-0x20) << 7) in each iteration i is incremented by 2, knowing that we have 15 of those iterations, we suppose that the password length is 30

This part is constant even with different input, it get executed only when @ is present in the input, we can see 15 iterations of the same loop, so I assumed this is the part that checks the password

Digging deeper by reading the instructions and by arming my self with a lot of patience, I was able to understand the flow of the check, it performs sequentially the following operations:

A pseudo code for PART1 and PART2 would be:

If you liked my writeup, please take a look at my github repo